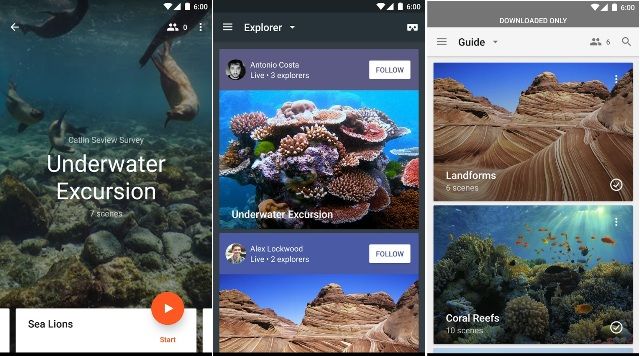 Google introduced a virtual reality teaching tool called ‘Expeditions’ last year in September. It was built with Google Cardboard. But now, Google has launched the standalone Expeditions VR app for Android users that offers you virtual tour to space or under water. It is a teaching tool that has been used by a million students from 11 countries.

Google Expeditions offers more than 200 virtual reality trips. A teaching Class can be scheduled from the Great Barrier Reef to the ancient ruins of Machu Picchu, anywhere. Just using your Smartphone or tablet with VR device and internet connectivity.

Here are some highlights of Google Expeditions:

Google Expeditions is only available for Android as of now but soon will be rolled out for iOS users too. Users can download the app right away from PlayStore link provided below or get its latest APK file directly from here and install it manually.