The jet set radio game, one of the latest released video game is a wonderfully designed game. The player depicts the role of a member of a gang named GGs who fight to regain control of Tokyo. You, as a player has to deal with the rival gangs and escape the police. The game has a number of features like you can gain speed by availing the boost meter achieved by displaying tricks and combos. You need to choose around 10 playable characters given to you to choose from at the start. The game is really fun where you need to spray over the gangs graffiti. How to do this would be known when you start playing the game. The game has simple control but great visuals. There are around 30 tracks to choose from and use catalog of colorful new graffiti to spray on. You can also use your creativity to design your own graffiti.Save yourself throughout the game and win different stages easily. It’s a good stress fighter game and fun to play. 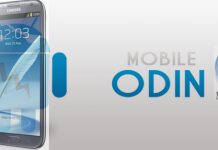