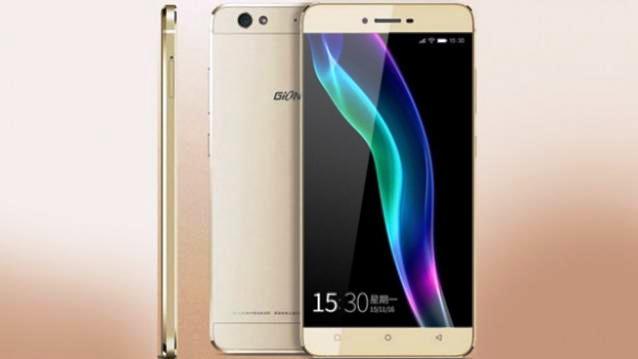 Gionee S6 is the latest smartphone from the company, which is also the first phone without Elife branding as well as having slim design like the Gionee Elife S5.5. It sports a 5.5 inch HD AMOLED Display offering 1280 x 720 pixels resolution with 77.8% Screen to Body Ratio. The phone comes out of the box running Android 5.1.1 lollipop operating system with company’s own AMIHO OS 3.1.

Gionee has powered Elife S6 with 3GB of RAM and 1.3GHz Mediatek Octa-Core MT6753 Processor from which we can expect better multitasking. There is also a Mali T-720 GPU making the phone better even for Gaming. As per storage, we get built-in 32GB Memory. It supports MicroSD card up to 128GB. With Gionee S6 we also get a 13 Megapixel Primary Camera with LED Flash at rear facing, while the selfie users gets 5 Megapixel Front Facing Camera.

The phone supports Hybrid Dual SIM Slot where the second slot can also be used for MicroSD card. In terms of connectivity, Gionee S6 supports 4G LTE, 3G, Bluetooth 4.0, GPS, as well as USB Type-C 2.0. All the juice comes from 3150mAh Battery.

If you were looking for PC Suite application or USB driver for your Gionee S6, this is the correct place to get. Download both these tools absolutely free from this page, in just one click. PC Suite is a Windows based application for your phone that lets you Sync all contacts, messages, notes, bookmarks, etc between phone and PC. You can also synchronize these data with programs like MS Outlook as well as cloud based services including Google, Microsoft, Yahoo, etc . You can also sync all multimedia files between devices.

PC Suite is also very useful for updating all installed app and phone’s firmware to latest version. It also lets you share mobile internet to PCs over USB Cable in one click. There is lots more to do using this PC Suite. Similarly, Usb driver is must because without the same, you just cannot connect the device with any PC. USB drivers are also required while rooting or installing Custom ROMs on your Gionee S6.