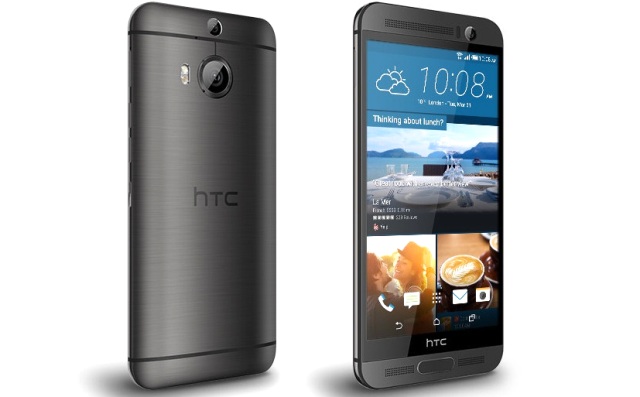 HTC One M9+ is another variant of company’s Flagship One M9 which was launched last month. The new One M9+ sports a 5.2 inch Quad HD display with 1440 x 2560 pixels resolution. It comes out of the box with Android 5.0 Lollipop having HTC Sense 7 UI on top of it. HTC has powered One M9+ with 2.2 GHz MediaTek Helio X10 (MT6795T) Octa-Core 64-bit processor accompanied by 3GB of RAM and PowerVR G6200 GPU making the phone quite powerful like the original flagship. As per storage M9+ comes with 32GB internal storage memory, unfortunately there is no expansion slot provided.

HTC is always well known for its camera smartphones. With One M9+ they offer us a 20.7 Megapixel rear camera with dual LED flash and a Secondary camera to capture depth information on rear facing itself. While the front facing has Ultrapixel front-facing camera with f/2.2 aperture and 27.8mm wide-angle lens allowing you to capture perfect selfies. As per connectivity it supports 4G LTE, WiFi 802.11 a/ac/b/g/n (2.4 and 5 GHz), GPS with GLONASS and Bluetooth. The phone is running on 2840mAh battery. HTC One M9+ also comes with features like Fingerprint reader, Dual BoomSound speakers, and more.

From this page you can download HTC PC Suite, latest USB Drivers as well as HTC Sync Manager for your HTC One M9+ using which you can provide better security for all your phone contents and increase the productivity as well. You can not only Backup or Restore the phone anytime without loosing a single file, but also Sync important informations such as Notes, Appointments, contacts, emails, messages, etc with PC, MS Outlook or with major cloud services including Google, Microsoft, Yahoo, etc. You can also Sync all your Pictures, Music and Videos between PC and phone so that you never loose any of your personal stuffs.

PC Suite also keeps your phone updated to the latest firmware version to keeps your One M9+ optimized for best performance and security. You can even share mobile internet over USB cable in case your PC or laptop doesn’t has WiFi option. There are many more such useful tasks to carry out using these three tools. So, go ahead and download them right away.