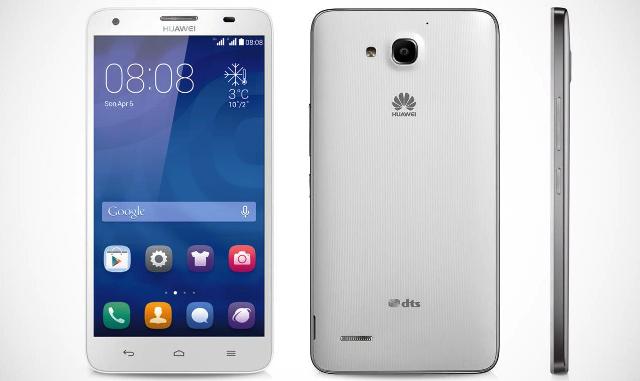 Available at the price of Rs. 24,999/- Ascend G750 is the latest smartphone from Huawei with pretty good specification. Running on Android 4.2 JellyBean with Emotion UI 2.0 it is a Dual SIM phone with dual standby. Not sure but this phone should get Kitkat or further updates in near future. Ascend G750 comes with a 5.5 inch HD IPS 10 finger multi-touch screen display offering 1280 x 720 pixels resolution. Huawei has powered its latest G750 with 2GB RAM and 1.7 GHz Octa-Core MediaTek MT6592 processor accompanied by Mali450-MP4 GPU which makes the phablet not only good in performance and multitasking but also in lag free HD gaming.

With Huawei Ascend G750 users get a 13 megapixel MP rear camera with LED Flash, Sony BSI stacked sensor and f/2.2 aperture allowing you to capture your favorite moments in high quality pictures and videos. There is also a 5 Megapixel camera at the front-facing with 2mm wide angle lens using which you can do video calls or conferencing in high quality videos. The phablet comes with built-in 8GB memory which can be expanded using MicroSD card. Ascend G750 supports 3G, WiFi 802.11 b/g/n, Bluetooth and GPS as connectivity options and running on 3000 mAh battery.

As you came here looking for PC suite for your Huawei Ascend G750 go ahead and get it from this page in one click along with the latest USB Drivers for your phone. Using this small software you can Backup, Restore, Firmware update, Sync, and do lots more. You can sync your messages, contacts, appointments, etc with Google, Yahoo and also with MS Outlook. It can backup your complete phone in one click including all installed applications and settings so that you don’t need to waste time again if anything goes wrong with the device. The PC suite also allows you to share mobile internet over USB connecting the phone as a Modem. It keeps your Huawei phone firmware and all installed applications updated to the latest version for better performance and security. It can even sync your multimedia files and office documents with computer daily so that you always a latest backup of your phone.