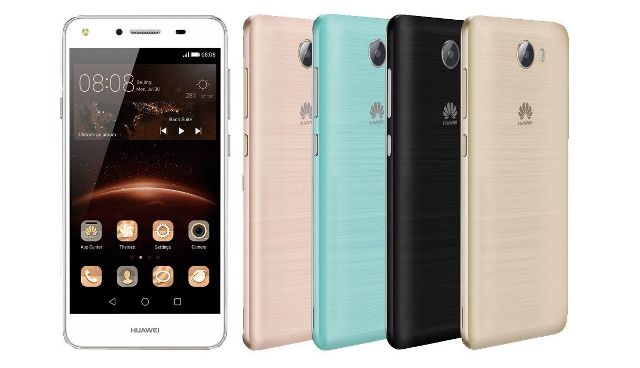 Huawei has launched a new mid ranged smartphone called Huawei Y5 II. Priced at $165, the phone comes out of the box running Android 5.1 Lollipop with company’s own Emotion UI 3.1. The Dual SIM phone features a 5 inch HD IPS display offering 1280 x 720 pixels resolution. Huawei has powered the phone with 1.3 GHz quad-core MediaTek MT6735P 64-bit processor coupled up with 1GB of RAM and Mali-T720 GPU from which we can expect quite good performance.

With Huawei Y5 II we also get an 8 Megapixel primary shooter with LED Flash at rear facing, while at the front we get a 2 Megapixel front facing camera with LED flash too for Selfies and video calling. Being budget phone, it carries only 8GB internal storage memory that can be expanded further using MicroSD card. Huawei Y5 II is a 4G LTE enabled smartphone also supporting standard connectivity features such as 3G HSPA+, WiFi 802.11 b/g/n, Bluetooth 4.0 and GPS. The phone is powered on 2200mAh battery.

To make the best out of your Huawei Y5 II, you must download its PC Suite software with latest Huawei USB Driver. Both these tools together not only increases the device’s productivity but also provides best security of data and information stored on the phone by letting you Backup and Restore, Synchronizing and more. Using this tool you can sync all essential information from phone to PC as well as with major cloud services. PC Suite also lets you manage the entire phone more effectively directly from computer screen itself. You can even share mobile internet instantly over USB, sync all your multimedia files between phone and PC and lots more.