InFocus launched a new phone named ‘Vision 3’ that not only comes with Full screen 18:9 display but also dual rear cameras. Priced at budget friendly Rs. 6999, it is a mid ranged phone running on Android 7.0 Nougat operating system having SMILE UX custom UI on the top and supports Dual SIM connectivity with Hybrid slots. There is also a Fingerprint sensor adding extra security level to the device.

The new InFocus Vision 3 sports a 5.7 inch 18:9 HD+ on-cell 2.5D curved tempered glass display offering 1440 x 720 pixels resolution with 82.4% screen-to-body ratio. The phone is powered by 1.3GHz Quad-Core 64-bit MediaTek MT6735H processor accompanied with Mali-T720 GPU and 2GB of RAM from which we can expect pretty good performance. We get onboard 16GB storage memory with support of up to 128GB microSD card for expansion.

Talking about connectivity, along with 4G VoLTE the phone also supports Wi-Fi 802.11 b/g/n, Bluetooth 4.0, GPS and USB OTG. InFocus has backed up the phone with 4000mAh battery which claims to offer up to 22 days standby time. That’s not all. It also lets you reverse charge feature which means you can even charge other phone via your battery using the OTG feature.

You can download latest InFocus USB Drivers for your Vision 3 along with the official PC Suite application from this page. USB Driver is very essential tool because it is the one that creates connectivity between your phone smartphone and Windows running computers. It is also must if you plan to Root your Infocus phone or for testing out any Custom ROMs. On other hand, PC Suite is free computer based client for the phone that lets you perform several important tasks that not only increases the productivity of the device but also provides better security.

Using this InFocus PC Suite you can easily share or sync essential information between phone to PC and Clouds and vice versa. It lets you sync office documents, contacts, bookmarks, emails, messages, calendar, etc from phone to MS Office Outlook, Google, Yahoo, Microsoft and other major cloud services so that your data is not only safe but also accessible from anywhere and anytime. The tool also lets you Backup and Restore the complete phone instantly without even loosing a single file. You can even share mobile internet over USB, sync multimedia files between phone and PCs, and do lots more. So, get both the tools right away and make the most out of your phone. 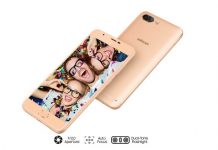 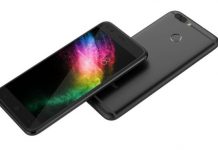 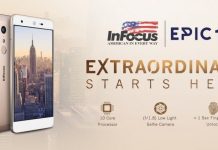