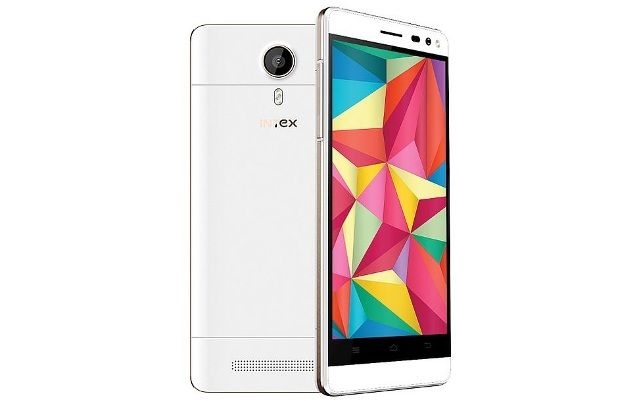 Intex Aqua Raze is the new affordable 4G smartphone launched today with Intex Aqua Wing. Being superior, Aqua Raze is priced at Rs. 5,199. It is running on Android 5.1 Lollipop OS and comes with Dual Hybrid Sim slots allowing you to use the second slot for MicroSd card as well. It sports a 4.5 inch FWVGA display with 854 x 480 pixels resolution. In the processing unite, Intex Aqua Raze has 1GHz quad-core MediaTek MT6735M 64-bit processor coupled up with 1GB of RAM and Mali-T720 GPU.

The phone comes with just 8GB built-in storage memory but there is an expansion slot provided supporting up to 128GB MicroSD card. In the camera department, Aqua Raze carries a 5 Megapixel primary shooter with GC5024 sensor and LED Flash. There is also a 2 Megapixel front-facing camera with GC2355 sensor and LED flash of its own allowing you to click pretty good selfies. As per connectivity, the phone supports 4G LTE, 3G HSPA+, WiFi 802.11 b/g/n, Bluetooth 4.0 and GPS. It is packed up with 1800mAh battery.

You can download the most recent Intex USB Driver and PC Suite software for your Intex Aqua Raze phone from here absolutely free and in just one click. Both these tools are very essential because they not only provide better security but also increases the phone’s productivity by letting you Backup and Restore the phone instantly without loosing a single file, letting you update phone’s firmware and all installed apps in one click, letting you Sync or Share important information from phone to PCs and Clouds, letting you sync multimedia files between phone and PC and many more such important features. It is the best way of managing your phone and apps.