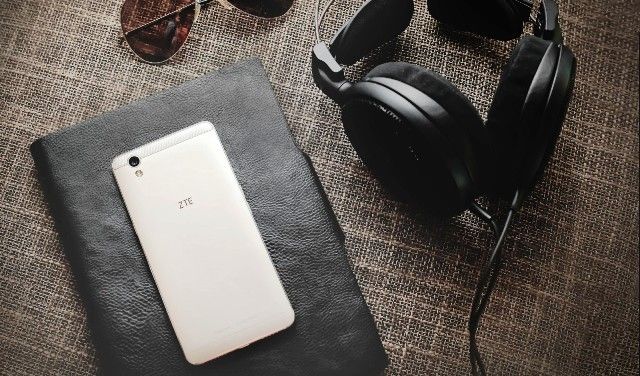 Along with ZTE Blade A910, the company also launched Blade V7 Max today. It is yet another variant of earlier launched ZTE Blade V7 and Blade V7 Lite. The new Max variant starts at the price of 1799 yuan, i.e. $278 or Rs. 18,400 approximately. It features a Full HD 5.5 inch display with 2.5D curved glass offering 1920 x 1080 pixels resolution. It is running on Android 6.0 Marshmallow based company’s own MiFavor UI and supports Dual SIM cards.

We also get a Fingerprint sensor offering extra security to the device and data. ZTE has powered the phone 1.8GHz Octa-core processor which is further paired up with 3GB and 4GB of RAM (2 variants). As per storage, the phone has 0nboard 32GB storage memory and supports MicroSD card up to 128GB. In the camera department, the phone has a 16 Megapixel primary camera with LED Flash and PDAF at rear facing, while at the front we have an 8 Megapixel front facing Selfie shooter.

The new Blade V7 Max is a 4G LTE enabled phone also supporting standard connectivity options like 3G, Wi-Fi 802.11 b/g/n, Bluetooth 4.0, GPS and USB Type-C. All the juice to the device is coming from 3000mAh battery.

You can download the most recent ZTE USB Driver for your new Blade V7 Max along with its PC Suite software from this page for free and in just one click. PC suite is a computer client for your ZTE phone that lets you manage the entire phone directly from your computer screen. Whether it is editing phone’s notes or calendars, installing removing apps, or even Sending or Receiving SMS, you do it all from PC scree. Furthermore, using this small tool you can Backup the entire phone on computer with all its installed apps, files, folders, etc in a single file. You can use this file to Restore back the device anytime without loosing even a single file. There’s many more such important stuffs you can such as Syncing all your essential data from phone to PC as well as Clouds, updating firmware, sharing mobile internet over USB and lots more.