AirDroid team has released Beta version of the AirDroid 3 for Windows and Max PCs, however it is for developers to test the functionality. But, even if you’re not a tester, you can simply download it from and use. AirDroid is the best application available to interact with any device which runs on Android OS from the Desktop through web browsers. So even if you don’t have the Desktop client you can still use this feature through Web interface from AirDroid Web which was origin for every file system to support this feature. This time the team has developed the Beat version before official release of AirDroid 3 with Mac OS support, previously it just had the Windows system support. 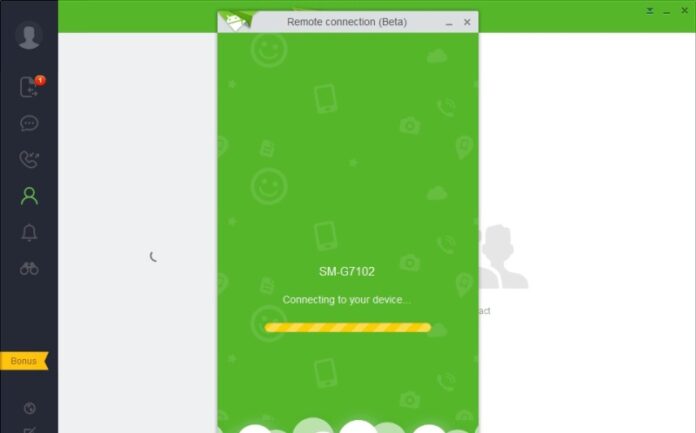 Beta version unlocks the feature of AirMirror, which can be said to be the grip for this app in the market, it provides you with a customized windows in which you can straight away interact with your Android device in real time similar to VNC or Remote Desktop, you can control each and every element, you can add as many Android device you want, just be sure that you have AirDroid account and login with it, it also features File transfer, contact, End-to-End encryption (E2EE), Call alerts, and a Redesigned smooth Android interface, although the rumor says that it will have the Call attend feature, which you can directly attend your calls through Desktop but it seems like it is still under development process and maybe it will be availed in official version.

As this is the Beta version, there may be certain flaws so be sure while testing to inform or give your feedback about any problems to encounter, the team will appreciate and will work on it to remove the bugs. Download the files from below for both the Windows and Mac OS, even the APK file is attached to it for your Android device. 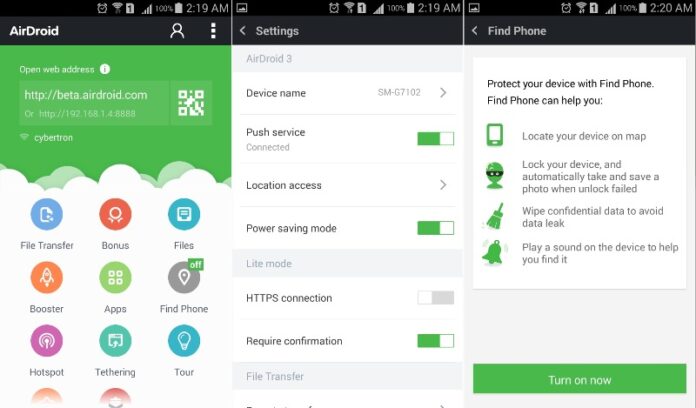