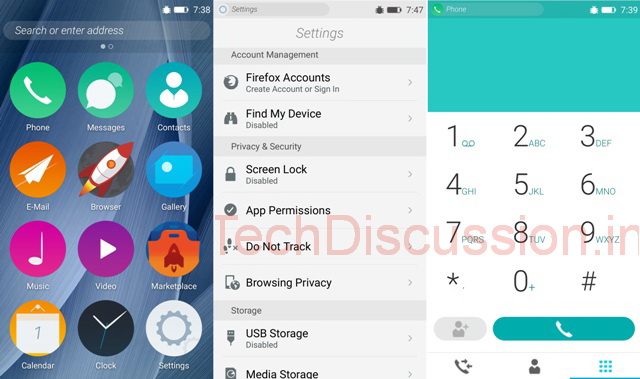 Since we know Firefox has launched the new Firefox OS 2.5 Developer Preview and is now also available for Android users via a simple APK file. Yes, you can experience the Firefox OS on your Android smartphones or Tablets even without uninstalling or messing up anything in your existing Android firmware. Simply install the below Provided Firefox Developer Preview Launcher and get Firefox taste on your phone.

Instead of changing only the UI like other launchers, this app also brings some native Firefox system applications including Calls, Messaging, Gallery, Emails as well as Firefox App Store. However, being a developer preview, it slows down the phone a bit. Also, on my Galaxy S5, the back button seems to do nothing with this launcher. But over all, the OS seems good in features.

If you want to try it out, you will have to download the Firefox Developer Preview Launcher APK from below and install it on your hone. This is not available at PlayStore but only on the official Firefox website. Yes, the below provided link is official and direct for the APK download. If you dont like the Firefox OS features, you can uninstall it anytime. But if you liked it and want to flash the complete OS on your Android phone, you will need to follow the step by step process provided here.