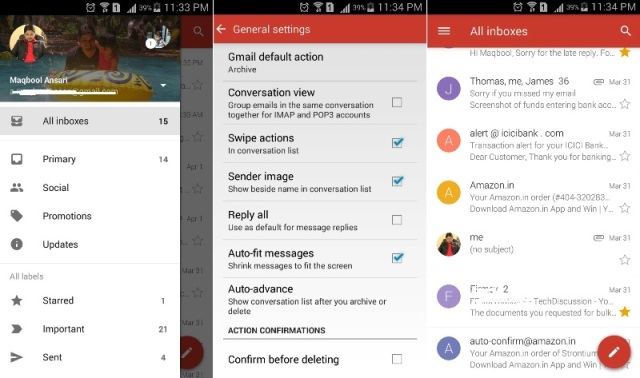 Today Google updated its Gmail app for Android with few all new features such as All Inboxes, Smart Search and more. What does that mean? Earlier Gmail came with options allowing you to add as many accounts as you want, whether from Yahoo, Outlook, Exchange or any. But we had to switch between accounts to read the emails from each of those account.

This new “All Inboxes” feature allow you to get new emails from all accounts in the same inbox. Which means you dont need to switch the accounts anymore. They have also enhanced the search feature with this update. They have also done some improvements in the UI such as the attachments now appear bigger, you can save emails to Google Drive in one click, a new Conversation View feature added, and more.