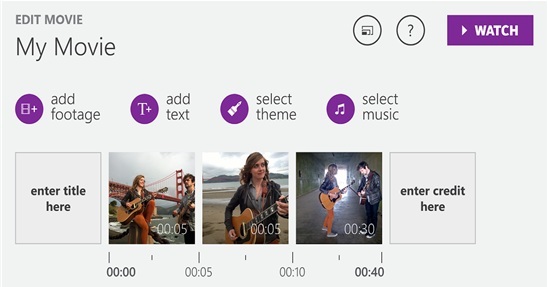 Windows announced Movie Creator Beta App for Lumia Phones which are running on Windows 8.1, so all Windows Lumia phones owners can get their hand over this app and make creative use of it, Movie creator app brings a lot of new features comparing with other editing apps on Windows store, The app gives you multiple selection of media like you can mix up videos, music’s and images together and make a short movie or lengthy because it doesn’t prohibit you like other apps do for insisting you to pay for the feature to extend. Each of the video clips can be edited multiple times, pan and zoom, captioned, filter, trim and volume and users have a choice to move any videos anywhere in a part of movie creation.

The app actually comes in 3 different UI first is the selection of the media files which you want to use for creation of a movie and then the actual creation of mixing, adding title and caption are also enabled and the last section which allows you to convert the movie to different resolutions for sharing it anywhere you want or sharing it on web which will be useful. If somewhere you are stuck up you can sort this problem by clicking on the question mark tag across every screen as your assistance. Windows officially announced that Movie creator app is officially only for Lumia Smartphones.

Download the App for Windows Lumia Phones with latest Windows phone OS (windows 8.1), the link is provided below. 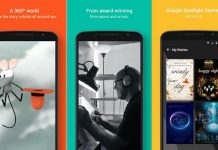 Microsoft Outlook for Android and iOS