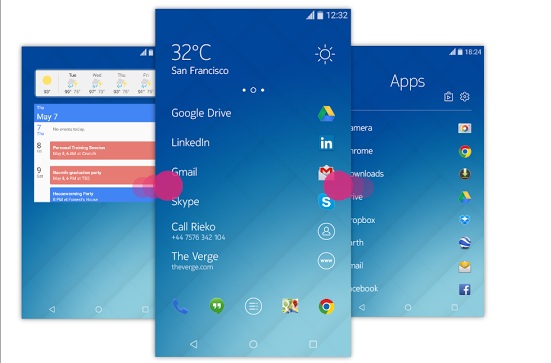 Nokia Z Launcher for Android was launched last year in June by Nokia and its beta version was available for download later. The Z Launcher came with an appealing and refreshing design, with two screens home and apps, whereas users could make any letter to search for any app or any other info from your Smartphone as well as information from the web.

One disadvantage was that it did not come with widget support and as Android users are addicted to widgets and require them many couldn’t switch to this launcher. However the developers have understood this and come up with a new update which now comes with widget support.

The latest version 1.2.0 comes with a feature of adding widgets to a specified widget page. All users have to do is drag and drop the widgets also you can resize the widgets according to your requirement. The new launcher comes with gestures for some functions including that of the widgets, you can swipe left from the bottom of the screen for the widgets page and swipe right for the apps list in alphabetical order rather than using the app icon for at the bottom. Nokia has also fixed a number of bugs along with other improvements in the launcher.

You can download the interactive and fast Z launcher apk from the link provided below.