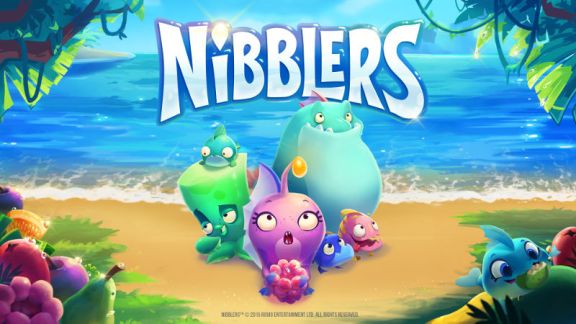 We all know the developers, Rovio, who gave us games like Angry Birds. Now they are back again with an all new mobile game called ‘Nibblers’. It is a Free Puzzle Game for Android and iOS which was launched earlier this year in few countries like Canada, Finland, New Zealand and Australia. But today Rovio made it available for all others.

Talking about the game, Nibblers is Fruit Match Puzzle game like Candy Crush which we had played earlier. As of now, the game comes with over 200 levels with new puzzles and characters like Coral, Octo, and more Nibblers. Rovio will bring more levels in future updates. Gameplay is very similar to other games in this category. Keep matching 3 similar fruits. But we match more fruits, such as four or five, we get Coral, Octo and more. You can also Remove one fruit of your choice, or get rid of a whole block of fruit with help from the Smash Crab’s pincers, and the Pufferfish’s… puffiness.

There’s lots more. Just like Angry birds, Nibblers are also capable enough to tie you up with your smartphones and tablets. You can download the game’s APK as well from here if you want.