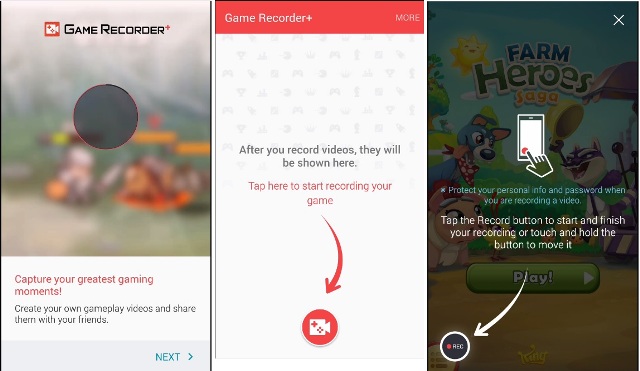 Here’s amazing new app for Samsung Galaxy and Note users. Samsung Electronics has released a new application in the interests of gamers. We all at some point of time wanted to record how amazingly we have played the game, completed the most difficult missions and more. Alas! You weren’t able to do so. Now Samsung has come up with an app Game Recorder+, which is completely free of cost and also available on Google Play Store, not only on the traditional Samsung app store.

You can record your gameplay and later view it. Record all tricks, moves, races, killings, complete missions and more in all genres of games that you play on your Android phones from Arcade to Action to Sports.

However the application will work on selected Samsung smartphones only including Samsung Galaxy S4, Galaxy S5 and Galaxy S6 and S6 Edge in Samsung Galaxy S series and on Galaxy Note 2, Note 3, Note 4 and Note Edge in the Note series.

Launch the game from inside the Recorder + app, play the game and enjoy the highlights of your amazing gameplay later. Moreover record videos in HD resolution and crop your videos as well. Also the app captures your face and your own audio apart from the game audio. Download this application from our site record the games you play and enjoy!