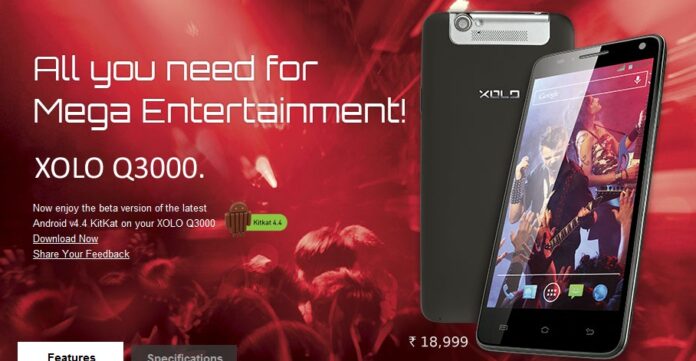 Xolo as promised have released the Android 4.4 KitKat OS for the Xolo Q3000. The company has given latest Android 4.4 KitKat update for many smartphone including Q700s, Q1010 and Q1010i. Xolo Q3000 was launched with Android 4.2.2 Jellybean OS. It features a 5.7inch FULL HD IPS LCD capacitive display at the resolution of 1080 x 1920 pixels. This smartphone is powered by MediaTek MT6589 which is a 1.5 GHz Quad-core processor.

Xolo Q3000 also comes with a 13.0Megapixel camera with LED Flash and there is also a secondary front facing Camera which is 5.0 MP for selfies. It comes with 2GB RAM and 16GB onboard memory which can be further expanded upto 32GB with microSD card.

Xolo have released the KitKat beta update for the phone which will give many new features for Q3000 including Emojis on Keyboard, Wireless Printing and much more. You can simply download the update package from the link given below. 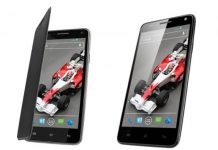 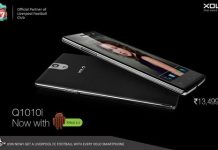