Lava Ivory POP is the latest 7 inch tablet with built-in voice calling feature launched in India at Rs. 6299. It has Dual SIM support and runs on Android 5.1 Lollipop operating system. Made for India, the tablet comes pre-loaded with 21 regional languages as well including Hindi, Tamil, Telugu, Bengali and much more. It sports a 7 inch TN display offering 1024 x 600 pixels resolution.

Lava has powered the new Ivory POP with 1.0GHz quad-core Intel processor accompanied by ARM Mali 450 GPU and 1GB of RAM. It comes with onboard 16GB storage memory with support of up to 32GB microSD card. Under camera section, the tablet has a 5 Megapixel auto focus rear camera with LED flash and a 3.2 Megapixel front camera for video calling and conferencing.

If you were looking for Lava PC Suite for your Ivory POP tablet, this is the correct place to get the same along with latest Lava USB Drivers. Computer based PC Suite client is very useful because of its several handy features using which not only you can provide best security to informations stored on the phone but also increases the productivity of the device. It also helps you sync all your your contacts, emails, notes, appointments, bookmarks, etc from phone to PC, with MS Outlook as well as with Cloud services like Google, Yahoo, Microsoft and more so that you can access them anytime from anywhere. It even keeps the tablet optimized for best performance by keeping it updated with latest software updates and security patches.

Furthermore, PC Suite also lets you Backup the entire device on computer with all installed apps, files, folders, cache, etc which can be used to Restore back the device without loosing a single file, if something goes critical. It also lets you Sync music, pictures and videos between phone and pc so that you never loose any of your personal stuffs. There’s lots more you can do with PC Suite, for example, sharing mobile internet to PC over USB cable, updating phone’s firmware to latest one, and so on. USB Driver on other is must too because it is the only thing that connects your Lava tablet with any computer. You must also have the same while rooting or installing Custom ROMs on the device. 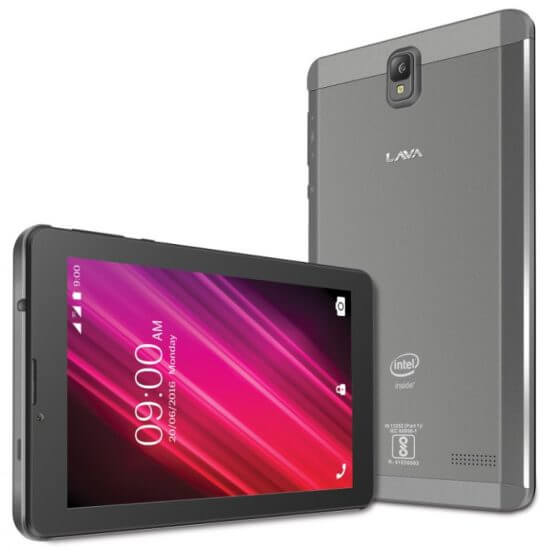