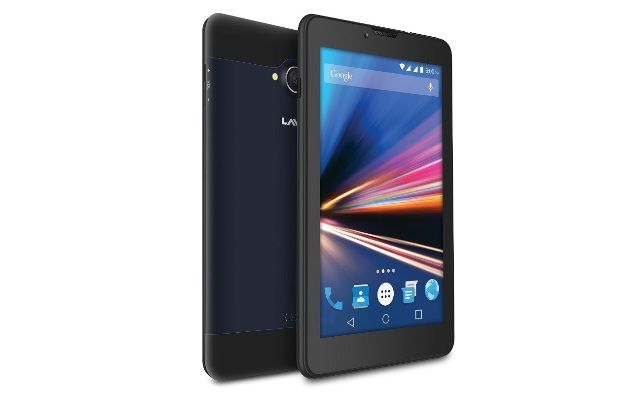 Lavahas launched the successor of IvoryS Dual SIM tablet, called Lava IvoryS 4G. Priced at just Rs. 8,799 this is of course a 4G tablet as it name suggest and must have SIM slot for connectivity. The new IvoryS 4G features a 7 inch HD display offering 1280 x 800 pixels resolution. Coming out of the box with Android 5.1 Lollipop OS, it has Dual SIM slots that also lets you make Voice calls and messaging. The device supports FDD Band 3, FDD Band 5 & TDD Band 40.

Lava has powered IvoryS 4G with 1GHz quad-core processor paired up with 1GB of RAM from which we can expect good performance. The tablet comes with 16GB on-board storage memory memory supporting up to 32GB microSD card for expansion. As per photography, we get a 5 Megapixel rear camera with Auto focus and LED flash which is capable to record up to Full HD 1080p video recording. On front facing, the tablet carries a 3.2 Megapixel Selfie camera.

To get the best out of your new Lava IvoryS 4G tablet, you must get its PC Suite software and latest USB Drivers. Both these tools can be downloaded from here in one click and are completely free. PC suite is a PC based client for your tablet that lets you backup the entire device on computer with all its contents including apps in a single file. You can use this file Restore back the tablet anytime if something goes wrong with it. PC suite also lets you sync all your bookmarks, notes, emails, contacts, calendar, etc between tablet to PC and Clouds so that you can access them anytime from anywhere. That’s not all you can do with this small tool. It also allow you to share internet instantly from tablet to PCs over USB, lets you sync multimedia files, keeps the device optimized with latest firmware and lots more.