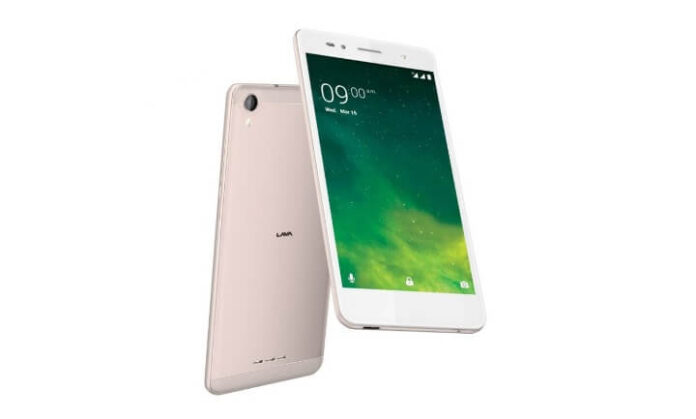 Lava has launched two new 4G VoLTE enabled smartphone including Lava Z10 and the superior one Lava Z25. Priced at Rs. 11,500, the base variant Lava Z10 comes with mid ranged specifications that includes a 5 inch HD Full Lamination display offering 1280 x 720 pixels resolution and has just 1.9mm narrow bezel . It is running on Android 6.0 Marshmallow OS with company’s own Star OS 3.3 on top of it.

It is a Dual SIM smartphone powered by 1.3 GHz quad-core MediaTek MT6735 64-bit processor. Lava has further accompanied it with Mali-T720 GPU and 2GB of RAM making your multitasking pretty good. As per storage we get 16GB onboard memory but that could be expanded up to 128GB using MicroSD card.

For camera fans, Lava Z10 carries an 8 Megapixel rear camera with LED Flash, 1.4um pixel size, 5P Largan lens and f/2.0 aperture. This could be called Selfie focused smartphone because of its 8 Megapixel front-facing camera which is also having its own LED flash along with 1.4um pixel size and f/2.2 aperture. As per connectivity, Z10 supports 4G VoLTE, WiFi 802.11 b/g/n, Bluetooth 4.0 and GPS. Lava has backed up the phone with 2650mAh battery.

To get the best out of your Lava Z10, you can download its latest USB Driver and PC Suite software from this page in just a single click. PC suite is a computer based application that lets you perform several important tasks such as Backup and Restore, Syncing data between phone and PC as well as with Clouds. It lets you Sync all your multimedia files too such as Music, Videos, Pictures etc so that you never loose any of your important stuffs. Using PC suite you can share internet from mobile instantly over USB by making the phone act as Modem.

There’s lots more you can do with this tool. USB driver on other hand is must because it is the first thing you require if you want to connect your Lava Z10 with any computer. You will also need this if you want to install Custom ROM or even if want to Root your Lava phone. Go ahead and get both these tools right away to your desktop and increase the productivity.