Qiku has launched a new smartphone in China called N4, which is also known Qihoo 360 at the price of 899 Yuan, that is $138 or Rs. 9,200 approximately. It comes with pretty good specifications that includes a Full HD 5.5 inch 2.5D curved glass display offering 1920 x 1280 pixels resolution, 1400: 1 contrast ratio and 85% NTSC color gamut. It comes out of the box running Android 6.0 Marshmallow with their own 360 OS on top of it and supports Hybrid Dual SIM slot allowing you to insert MicroSD card as well in the second slot.

The device also a Fingerprint sensor placed just below the rear camera that lets you unlock the phone in just 0.4 seconds. You can also use this for speed dial number and also as a camera shutter button. Qiku has powered the new Qihoo 360 smartphone with Deca-Core MediaTek Helio X20 processor paired up with massive 4GB of RAM and with 700MHz Mali-T880 MP4 GPU making the phone fast enough for smoother multitasking and performance. As per storage, we get onboard 32GB memory and expand the same up to 128GB using microSD card.

In the camera department, QiKU N4 carries a 13 Megapixel primary shooter with LED Flash, f/2.0 aperture, Sony sensor and PDAF that lets you focus in just 0.1 seconds. Not only you get stunning pictures with this camera but also record up to Full HD 1080p videos. On the front facing, we get a 5 Megapixel Selfie shooter with f/2.0 aperture. Qihoo 360 is a 4G LTE enabled phone also supporting 3G HSPA+, Wi-Fi 802.11 a/b/g/n/ac (2.4GHz / 5GHz), Bluetooth 4.0, and GPS. It is backed up with 3080mAh battery with fast charging support.

You can make the best out of your QiKU N4 (Qihoo 360) smartphone by using its PC Suite software which can be downloaded from this page along with latest Qiku USB Drivers in just one click. These are absolutely free tools that not only helps you secure the data and information stored on the same but also increase the productivity. Using PC suite you can Backup and Restore the entire phone anytime using computer without loosing a single file. PC suite helps you Sync contacts, notes, calendar, appointment, emails, messages, etc from your Qiku phone to PC, MS Office Outlook, Google, Microsoft, Yahoo and more. It also keeps all your multimedia files synced and updated between phone and PC. There’s lots more such important features this tool has to offer. Such as updating phone’s firmware, sharing mobile data instantly over USB cable, managing the entire phone from computer, etc. 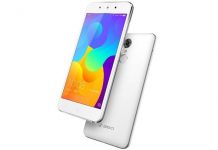