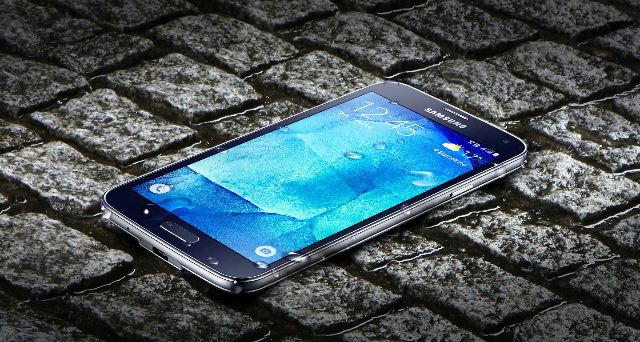 Samsung has finally launched ‘Galaxy S5 Neo’ in Brazil with official name ‘Galaxy S5 New Edition (SM-G903M)‘. The phone looks great in specifications with the similar design of original Galaxy S5. Coming out of the box with Android 5.1 Lollipop, it supports Dual SIM cards, unlike the flagship. The phone features a 5.1 inch Full HD Super AMOLED display offering 1920 x 1080 pixels resolution. It comes with 16 Megapixel primary camera having LED Flash and all features of Flagship. There is also a 5 Megapixel shooter at front facing for Selfie lovers.

It is also a Dust and water Resistant (IP67) smartphone and has Fingerprint sensor as well as Heart rate sensor like the flagship S5. Samsung has powered Galaxy S5 Neo with new 64-bit Octa-Core Exynos 7580 processor clocked at 1.6GHz coupled up by 2GB of RAM and Mali-T720 GPU. We can surely expect pretty good performance at such processing power. As per storage, we get internal 16GB memory that can be further expanded up to 128GB using microSD card.

You can download the Official Samsung PC Suite and USB Driver from this page in one click for your Galaxy S5 Neo or Galaxy S5 New Edition (SM-G903M). PC Suite is very useful as it keeps your Samsung smartphone’s firmware updated to most recent version, always, offering you optimized performance and protecting your data with latest security patches. You can Backup or Sync important data from the phone including Contacts, Messages, Bookmarks, Emails, Notes, Appointments, etc with computer, programs like Office Outlook and with major cloud services also including Google, Yahoo, Microsoft and more. It also takes backup of your complete phone on PC which can be used to Restore the device back anytime, without loosing even a single file. This is very helpful when something goes wrong with the phone or stored data.

Samsung PC Suite also lets you Sync all your Multimedia files (videos, music, pictures) between computer and phone regularly over WiFi as well as with USB cable. Keeping all the personal stuffs safe and update at both places. It also lets you manage phone Calendars, Notes, SMSes etc from PC screen. There much more you can do with this small tool such as connecting your PC or laptop to internet instantly by sharing Mobile internet over USB cable. This is useful when your system has no WiFi option. Secondly, USB Driver is essential whether it is for connecting your Samsung smartphone with Computer or to carry out development tasks such as Rooting or installing Custom ROMs. Download both these tools and make the most out of your Samsung Galaxy S5 Neo.