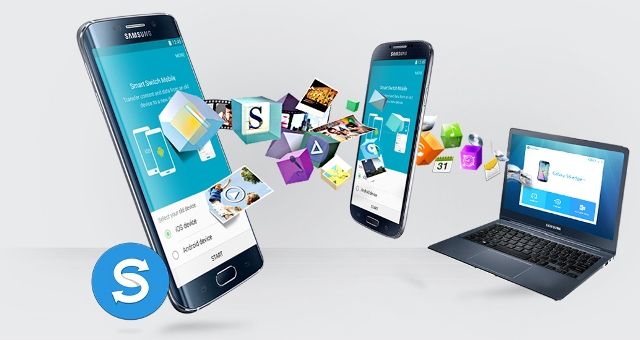 Smart Switch is yet another important software from Samsung for their customers which can not only replaces the Kies PC Suite but also let you do much more. Samsung Smart Switch lets you transfer data from your old smartphone to new Samsung smartphones. That old device could be any platform, the software supports iOS, BlackBerry as well as Android. No matter which old smartphone you have, moving data after upgrading to new Galaxy Smartphone as never been so easy.

Smart Switch comes in App form as well as for PCs. The main advantage of this tool is it works without PC too. To move data between phones, you just need to bring both the phones close together (within 8 inches) and run the app on both. Then, on the old device, select [Android Device], [Start], [Connect]. That’s all. You can transfer over messages, images, music, videos, call records, messages, Wi-Fi settings and recent history. From Samsung to Samsung, it also transfers the built-in apps.

If you have earlier backups on your PC/Mac, you can still transfer data using Smart Switch. Just install the pc version on computer as well as the App on your smartphone. Connect it via Cable and transfer data easily. Apart from moving data, the software also let you Update Software to newer version (if any). And it is better than kies.

You can download Samsung Smart Switch for Android, iOS, Blackberry as well as Windows and MacOS from below provided links. Get it right away and make your data transfer more comfortable. 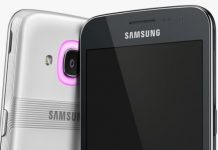