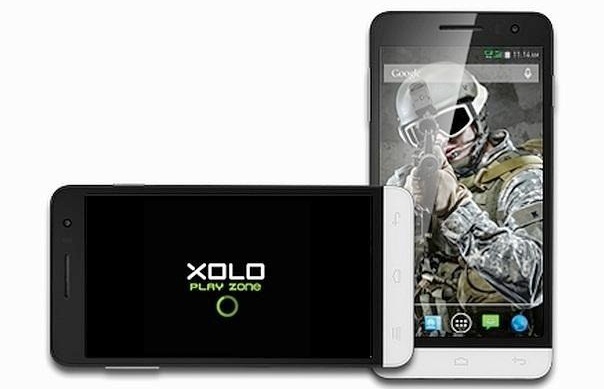 Xolo Play 8X-1100 is the new smartphone by Xolo in the Play series. Android 4.4 KitKat is the operating system which comes with the phone. Play 8X-1100 has a 5 inch Full HD IPS capacitive display with Gorilla Glass 3 on top. It offers you a 1080 x 1920 pixels resolution for crisp and clearer user interface. This smartphone is powered by a 1.7 GHz Octa-core MT6592 processor from the MediaTek semiconductors.

Play 8X-1100 comes with a 13.0 Megapixel shooter on the back which is equipped with Sony Exmor RS sensor. On the front you have a 5.0 MP front facing camera with BSI sensor.  For multitasking this phone have 2GB RAM and there is a 16GB onboard memory for installing apps and storing your files. There is a microSD card slot on the phone which makes the memory upgrading option more easy and you can expand the storage upto 32GB. Play 8X-1100 comes with Dual stereo speakers on the phone with DTS Surround Sound and dedicated Audio DAC from Wolfson. There is a 2100mAh battery for powering the device.

PC Suites and latest Xolo USB drivers for your Xolo Play 8X-1100 gaming phone can be downloaded from here. PC Suite makes it easy with its easy user interface to back up and restore the data on our smartphone. Contacts, messages, notes, reminders, calendar entries, music, pictures etc all these data can be saved on your computer by taking backup. You can also restore the data which you have taken back up. Contacts and mails can be synced with the MS Outlook account or you can also get it synced with the cloud service. You can also update your smartphones firmware with PC Suite also if you are unable to make an over the air update.

USB Drivers are also important as it is required by your computer to detect the smartphone which you connect for data transfer. If you don’t have the USB drivers installed on your PC, you won’t be able to access the data of your phone or during the time you are transferring something your connection will break. USB drivers also let you share the internet connection from your smartphone to the PC over the USB cable. This feature is really noteworthy as it comes in handy especially when we are travelling.