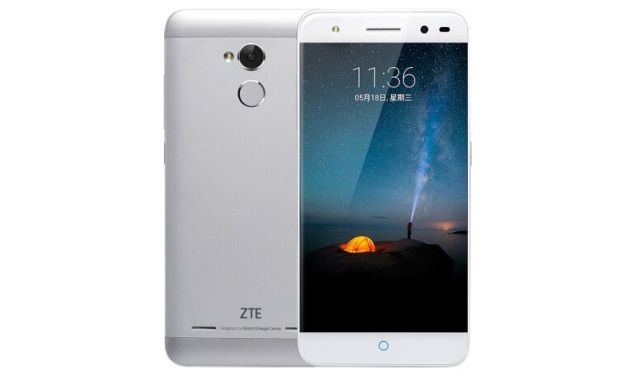 ZTE has launched the new mid ranged budget smartphone with 4G and Fingerprint support, called ‘Blade A2’. It is also the successor of last year’s Blade A1 which was named as the cheapest smartphone with Fingerprint and 4G LTE. Priced at 699 Yuan, that is approximately $105 or Rs. 7,100, the new Blade 2 will be available from June 15th in China.

The new ZTE Blade A2 features a 5 inch HD IPS 2.5D curved display offering 1280 x 720 pixels resolution. It comes out of the box running Android 5.1 Lollipop OS and supports Hybrid Dual SIM slot allowing you to use second slot for MicroSD card as well.As said, there’s also a Fingerprint sensor which is 360-degree and recognizes in just 0.3 seconds. ZTE has powered the phone with 1.5 GHz octa-core MediaTek MT6750 64-bit processor accompanied by Mali T860 GPU and 2GB of RAM from which we can expect smooth performance and better multitasking.

In the camera department, Blade 2 comes with 13 Megapixel primary shooter supporting LED Flash and PDAF that focuses the object in just 0.1 seconds. For selfie fans, the phone has a 5 Megapixel front facing shooter with LED flash of its own allowing you to capture stunning selfies in low light as well. As per storage, we get 16GB onboard memory supporting up to 128GB microSD card for expansion.

As per connectivity, Blade A2 supports 4G VoLTE with other standard options like 3G, WiFi 802.11 b/g/n, Bluetooth 4.0 and GPS. ZTE has powered the phone with 2500mAh battery.

From here you can download the latest ZTE USB Driver and PC Suite software for your new ZTE Blade A2 absolutely free and in just a single click. Using these tools you can provide best security to each files and information stored on the phone and also increase the phone’s productivity to extreme level. PC suite comes with many essential features such as Backup and Restore, Synchronizing information from phone to PC, MS Office as well as Clouds, syncing multimedia files and documents between phone and PC, and lots more. It also keeps the phone updated with latest firmware and security patches so that you get optimized performance always. There are so many more such important stuffs you can do using these tools.