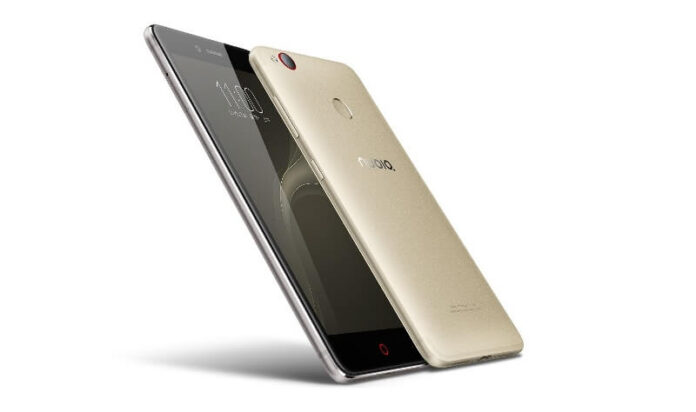 ZTE has launched a new smartphone in India called ‘Nubia Z11 miniS’ priced at Rs. 16,999. It is the successor of last years ‘ZTE nubia Z11 mini‘ and comes with pretty good hardware and specifications. Since most of the manufacturers are working hard on camera, ZTE has also made the new Nubia Z11 MiniS a camera dedicated smartphone but with powerful hardware too. We will talk about the camera later in this post.

The new nubia Z11 miniS comes out of the box running Android 6.0 Marshmallow with nubia UI 4.0 on top of it and supports Dual SIM (nano + nano) with Hybrid slot. It sports a 5.2 inch Full HD 2.5D display protected by Corning Gorilla Glass. It offers 1920 x 1080 pixels resolution with 85% NTSC color gamut, 450nits brightness and 1500:1 contrast ratio. The phone is packed inside a aircraft-grade aluminum unibody design and also carries a fingerprint sensor on the rear adding extra security layer which recognizes you and unlocks the phone in just 0.2 seconds.

ZTE has powered Z11 MiniS with 2GHz LPDDR3 Octa-Core Snapdragon 625 processor which is further teamed up with Adreno 506 GPU and 4GB LPDDR3 RAM making the performance as well as multitasking very good. As per storage we get 64GB (eMMC 5.1) onboard storage memory that can be expanded up to 200GB using microSD card in Hybrid slot.

To get the best out of your ZTE Nubia Z11 MiniS you can download its latest USB Driver and PC Suite software from this page in just a single click for free. These are very essential tools that lets you not only transfer files between devices but also Backup and Restore the complete phone comfortably without loosing even a single file, lets you Sync all important information from phone such as Contacts, Notes, Emails, Appointments, Calendars, etc with PC, MS Outlook as well as Clouds.

Using this PC Suite you can also keep the device updated with latest firmware updates. It lets you share mobile internet instantly over USB Cable if there is no WiFi feature available in the PC. PC Suite even keeps all your pictures, videos and music files synced between PC and phone so that you never loose any of them again. There’s lots more such important stuffs to do. Similarly, USB Driver is must because unless your computer finds proper drivers installed, it will just not detect the phone at all. You will also need this while rooting or installing Custom ROMs on your ZTE smartphone.