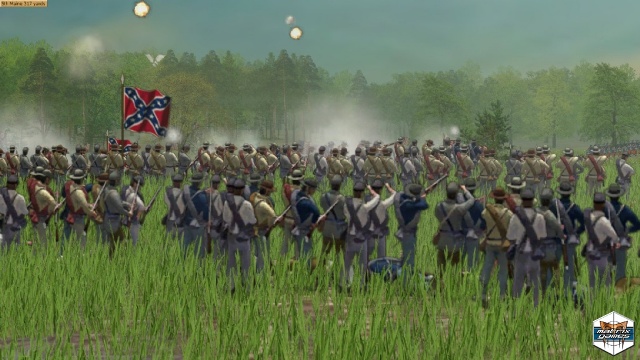 Scourge of War: Chancellorsville is a tactical war game with amazing 3D graphics and AI. The game features the American Civil war displaying the battlefield. It has about 20 single player scenarios to explore. Player may take the role of union or confederate forces. It actually depicts the tactical problems and challenges that faced the union and confederate commanders during the war. This patch has many new updates like limitless human courier messages, improved calculation for units of line of sights. It also has fixed problems like the courier orders were delayed until time setting was changed or the point on the map was reached. It has multiplayer compatibility and has updated the Chancellorsville till the anniversary edition.