Google recently announced two new smartphones, Google Pixel and Google Pixel XL. Unlike previously released Nexus models, these two models come loaded with a unique version of the operating system, the Android 7.1 Nougat, which has specific functions aimed at getting the maximum performance of hardware in both devices. One of the new features is the Pixel Launcher.

Before we start, it is necessary to remember that Google has confirmed that the Pixel Launcher would be an exclusive option for the new Pixel model smartphones. Therefore, the only way to install it on smartphones other than the Pixel is through its APK files, which requires a certain level of knowledge and care by users. The APK of this article is not subscribed by Google and was discovered by the team of editors of the Android Police website.

The developers who provided the APK confirm that the content executed during the installation is harmless and that it is only the launcher and its resources. We have tried the APK in some of our smartphones, being able to use Pixel Launcher without major problems. On the other hand, since we are not responsible for the file, we can not guarantee that it will work in your device or not.

You can find Pixel Launcher on Google Play but it is only available for Pixel and Pixel XL smartphones. Not even the versions of Nexus 6P or Nexus 5X with Android 7.1 Nougat can install it at the moment.

In order to install Pixel Launcher on any device it is necessary to install two APK files. The first is the launcher and its settings, such as widgets, Google Now, and other resources. The second is the new wallpaper system, which downloads images in high resolution periodically. Download all the files from the below links and install it in your smartphone. 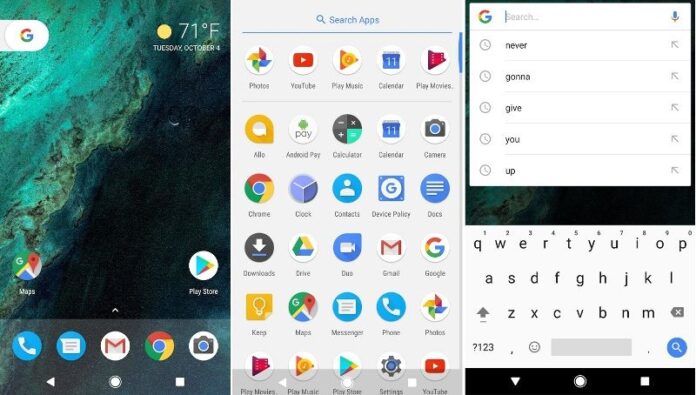