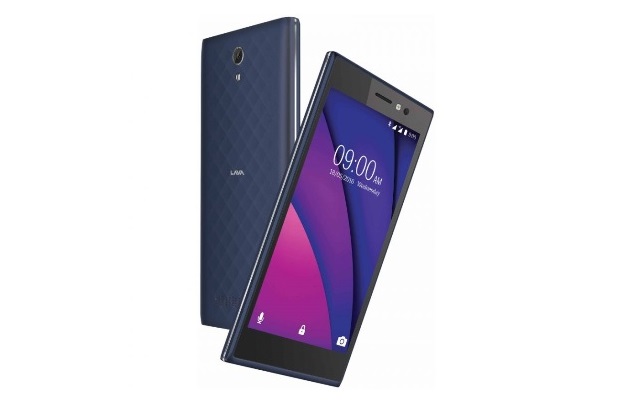 Lava X38 is the new budget smartphone with 4G VoLTE support priced at just Rs. 7,399 but users can buy it online for just Rs. 6,599. Featuring a 5 inch HD IPS on-cell full lamination display with1280 x 720 pixels resolution, the phone is running on Android 6.0 Marshmallow operating system. It is a Dual SIM phone.

Lava has powered the new X38 with 1GHz quad-core processor accompanied by 1GB of RAM from which we can expect good performance but multitasking would not be so great. It has 8GB built-in storage memory with expandable slot supporting up to 32GB microSD card.

In the camera department, Lava X38 brings us an 8 Megapixel primary camera with LED Flash at rear facing, while on the front we get a 2 Megapixel camera with LED Flash of its own for Selfie fans. As per connectivity, Lava X38 supports 4G VoLTE with other standard connectivity options including 3G, WiFi 802.11 b/g/n, Bluetooth 4.0 and GPS. Lava has backed up the phone with 4000mAh battery.

To make the best out of your Lava X38, you can download the official Lava PC Suite and latest USB Drivers from here absolutely free. It takes just one click to download the software from this page. Using this PC Suite you can Synchronize information from phone to PC and programs like MS Office Outlook as well as with major cloud services including Google, Microsoft, Yahoo and more. You can also Backup and Restore the entire phone anytime safely without loosing even a single file. PC suite also keeps your Lava phone updated and optimized with latest firmware so that you get best performance every time. It also syncs all your multimedia files between phone and PC keeping all your personal stuffs safe and updated on both devices. There’s lots more such important stuffs it does.