After Redmi 4A, Xiaomi has now launched its yet another budget smartphone in the Redmi series called ‘Xiaomi Redmi 4X’. Packed inside a unibody metal design, this new smartphone comes out of the box running Android based MIUI 8 and supports Hybrid Dual nano SIMs. It also has a fingerprint sensor at rear facing for extra security of your device and data stored on the phone.

The new Redmi 4X sports a 5 inch HD 2.5D curved glass display offering 1280 x 720 pixels resolution, 450nit brightness, 1000: 1 contrast ratio and 72% NTSC color gamut. Xiaomi has powered it up with 1.4GHz Octa-Core Snapdragon 435 processor teamed up with Adreno 505 GPU. As per RAM, there are two variants of the phone. One comes with 2GB RAM and 16GB internal storage, while the other has 3GB RAM with 32GB internal storage memory. Both these can be expanded up to 128GB using microSD card.

This difference also makes their prices differ. The 2Gb variant comes for 699 yuan and the 3GB variant costs 899 yuan.

Now talking about the cameras, Redmi 4X carries a 13 Megapixel rear camera with f/2.0 aperture, 5P lens, PDAF and LED Flash. While for Selfie fans, it has a 5 Megapixel front-facing shooter with f/2.2 aperture. It is a 4G VoLTE enabled smartphone also supporting WiFi 802.11 b/g/n, Bluetooth 4.2 and GPS. Xiaomi has powered the phone with 4100mAh battery that is said to be offering up to 15 hours of continuous video playback and up to 2 days of usage. While it can accompany you for over 18 days in standby mode.

From here you can download the official Xiaomi PC Suite and most recent USB Driver for your Redmi 4X in just one click. This PC suite is very essential for your phone because not only it lets you transfer data between phone and PC but also lets you Install Beta ROMs without any expertise, lets you control the entire phone from desktop screen, lets you sync information from phone to PC and Clouds, lets you Backup and Restore the entire phone with all installed apps, files, cache, etc anytime without loosing even a single file. That’s not all. There are lots more such important features you get.

PC suite also keeps the phone updated with latest firmware and security patches and also lets you test out beta ROMs before the world gets it. USB driver on other hand is must too because unless your computer gets proper drivers installed, it will just not detect the phone at all. Drivers are also required for carrying out development tasks like Rooting, Installing Custom ROMs, etc. So, get both these tools right now on your desktop and make the most out of your Xiaomi Redmi 4X. 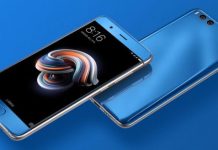